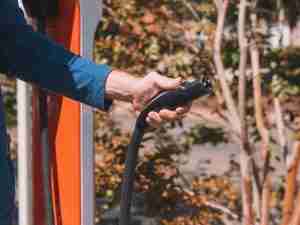 After having enough of the constant cacophony of generators every day during his lunch break at Tesla, Ben Parker, a Tesla veteran who worked on the battery for the model 3, thought about making all-electric food trucks that were silent and odorless.

Parker teamed up with another Tesla alumni, Toby Kraus, who oversaw the Model S program. As the two were exploring the electric food truck idea and talking to others about it, recreational vehicles could always come up in the conversation because RVs have similar needs for onboard power. Since they had no experience RVing, they decided to research the lifestyle by going on a three-month, 6,000-mile RV road trip.

They rented the most aerodynamic trailer they could find and towed it with a Model X Tesla for the 6,000-mile research tour. The expedition proved that pulling a regular travel trailer with an EV wasn’t smooth or sustainable. In fact, they recall having to leave the trailer on the roadside at one point because the EV didn’t have enough battery to haul the camper to the next charging station.

According to Parker, an electric truck with a 300-mile range traveling at 65 miles an hour and towing a traditional travel trailer gets its range slashed to just 100 miles. Now, Lightship, the company Parker and Kraus co-founded in May 2021, aims to redesign an electric travel trailer from the ground up. The goal is not just to build an aerodynamic, all-electric trailer that doesn’t need generators or propane tanks. Lightship plans to develop a battery pack comparable to one in a Tesla Model 3, that will propel the trailer as it is being towed. They also want to integrate a residential-scale solar system on the trailer’s roof for passive charging.

Kraus, the COO of the company, points out that ninety percent of the RV market is towable travel trailers, meaning an electric trailer designed like an EV and focused on boosting towing range has huge potential.

While this project is certainly complex, Lightship believes it can accomplish its goals thanks to its experienced workforce. The company now has a workforce of 20 world-class engineers and designers, all alumni from major innovative companies like Tesla, Proterra, Apple, and Rivian.

Although Lightship is still a fledgling and has yet to release its first EV trailer, its approach and strategy have caught the attention of many. They have already raised $23 million in Series A funding to build its electric trailer.

Parker, who is the CEO, says the funds will be used to double the staff by the conclusion of the year and develop an alpha prototype of Lightship. If all goes according to plan, their first Lightship launches next spring. You can soon expect a modern, efficient travel trailer that provides a super satisfying long-range, EV road tripping experience. 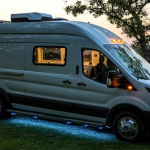 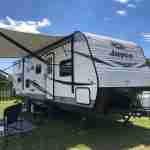 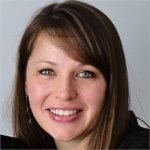 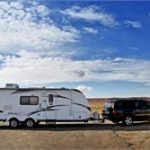 Guide for Towing a Camper Rental