Exploring State Parks of Illinois in a Rented RV

Growing up, I was never a fan of camping. It was never the outdoor aspect of it, as I love nature, it was more of a sleeping on the ground in a tent thing. Now that I am older, I am still not a fan of the whole tenting while on vacation thing, but I have discovered that I love traveling around the US in a rented RV. When it is time for me to book my next vacation, I begin my planning by going over to Go RV Rentals (www.GoRVrentals.com). I have rented all my RVs from them and I have never been disappointed during any of my numerous trips.

I am about to embark on another journey, this time to the state parks in Illinois near Chicago, and I have already rented my RV for the time that I am away. I am excited about this trip, as I have always wanted to explore more than just the Windy City in this state. The day before I left for my trip, I loaded everything into my home away from home, a.k.a. my rented RV. This wasn’t difficult, as I just needed to take my clothes, toiletries, shoes, food, and drinks out of my house and take them into the RV. Oh, I also had to grab my bike and kayak. I can’t go exploring a park without those items! If I’d had an RV rental checklist it would have made things easier to plan.

I ventured out early the next morning, basically before the sun was even up, but I was excited to get on my way to see more of this beautiful country! My plan was to hit up five of the state parks in Illinois. I was going to start with Adeline Jay Geo-Karis Illinois Beach, then continue to Chain O’Lakes, Channahon, Des Plaines, and finally Gebhard Woods. I would be starting at the northern part of the state and working my way down south. I was able to make camping reservations at the first two parks, but for the last three, I would need to stay at campgrounds nearby. The reason for that was not that they were booked solid. It was because they only offer tent camping, and well, I’m using an RV! 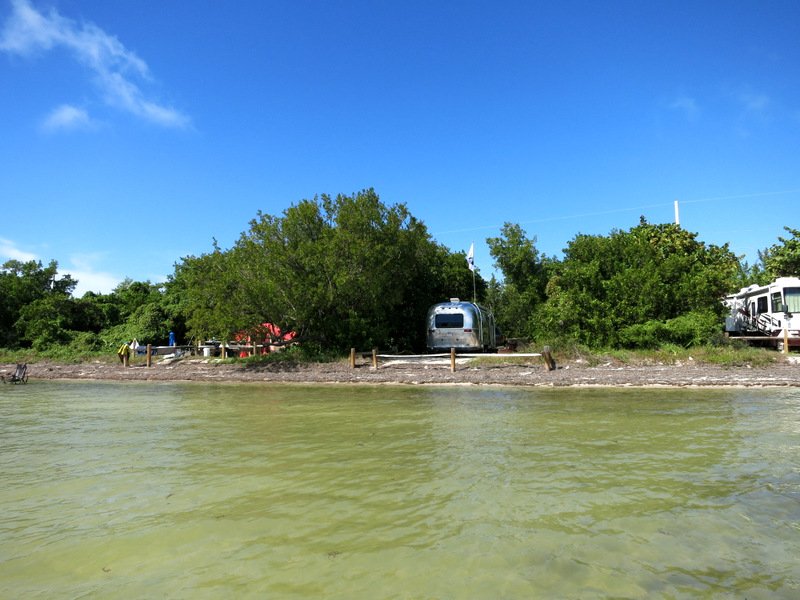 When I arrived at Adeline Jay Geo-Karis Illinois Beach State Park, I got my RV hooked up and prepared a light snack to hold me over until dinner. I opened all the windows, to let in the fresh air, and then sat outside to eat and get accustomed to my surroundings. I ventured down to the bike trail and took a ride on my bike before stopping down at the beach and looking out at the water. I had already met lots of people on my journey and had made plans to go hang out with some of them after dinner. That is my favorite part of staying at campgrounds! Everyone is so friendly and welcoming!

The next day, I decided to tackle some of the hiking trails. There are five miles of trails in the southern section and slightly less than two miles in the north. I chose the loop trail in the south that was just over two miles long and then I hit the beach for some swimming. After my long day, I went back to my RV and prepared an amazing dinner in my little kitchen. I think it is the fact that I have a kitchen and can cook my own meals that I love using RVs. It is just so much easier than finding a nearby restaurant, fighting the crowds, and paying overinflated prices for food. Instead, I can eat whatever I am craving at the moment, and as long as I keep the meals simple, it doesn’t take me long to make them. My dinner that night consisted of chicken, pasta salad that I had made before leaving home, and some veggies. Oh, and I had some cake for dessert too! I went to bed early that night and listened to the birds chirping until I fell asleep. The next morning, I made sure that my campsite was just as I found it and then I headed out to the next stop on my list.

I was excited about Chain O’Lakes State Park, because I wanted to take my kayak out on the water. And, there is plenty of water there, with approximately six thousand five hundred acres between eleven lakes that are mostly all connected by the Fox River.

I grabbed my kayak as soon as I parked and was on my way to hit the water. I had two days to get through as many of the lakes as I possibly could. I spent most of each day out there, but I had to come in early each evening, because my arms ached from all the rowing.

Yes, I did sleep well both nights! I was a little bummed that I only booked my stay at this park for such a short time, because I didn’t get to spend much time on the hiking or biking trails. This park will definitely need to go on my list of ones that I need to return to in the future. 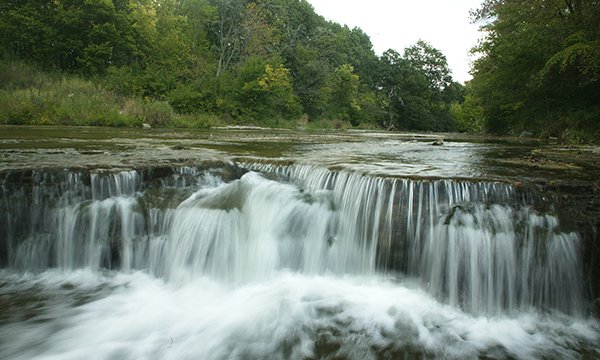 All too soon, I was driving my RV down to Channahon State Park. I had found a nearby campground and once I had everything hooked up, I basically sat there relaxing. I didn’t want to move and decided that I needed some downtime. I pulled out a book and sat outside reading. The next day, I was ready to tackle the fifteen miles of canals with my kayak. I couldn’t tell you how much wildlife I saw that day as I rowed through the quiet water. Speaking of quiet, this whole area is so serene and tranquil, I almost thought that I was the only person there.

I walked along one of the shorter trails in the park that evening after I ate my dinner. It was a little challenging going between the campground and the park, but I didn’t have much choice unless I wanted to pitch a tent.

The next morning, I got up and made a huge breakfast. For some reason, I was starving, so I made pancakes, bacon, and had some cut-up fruit to go with it. I wasn’t too worried about going overboard, because I had been so active the last few days and I knew I would need the fuel to keep going in the next two parks.

After I cleaned up, which is never too difficult, I was on the road traveling to Des Plaines State Park. I wasn’t planning on doing much when I was there, as it is a park known mostly for hunting and fishing. However, I wanted to walk through the nature preserve and see the waterfall on Prairie Creek. It was small, but I love waterfalls!

With so much downtime, I spent a lot of time sitting outside my RV reading some books. It was nice to have nature surrounding me and I had to force myself to get up and move around every once in a while.

I was glad that I had restored my energy when I arrived at Gebhard Woods State Park. The first thing I did was hit the canal system and kayak down part of the fifteen miles. I covered some of the miles that I didn’t get to when I was in Channahon State Park, since the canal connects both parks.

After a good night’s sleep and another hearty breakfast, I grabbed my bike and
started along the sixty-one miles of the old canal towpath. I spotted

so many historical sites along the way and had to stop quite often to look at the exhibits that described them all.

I wish that I had been able to ride the entire sixty-one miles, but that was a little too much for this point in my trip. I decided that I would need to come back at some point and spend a few days at this park enjoying the sights.

I always say that I can never spend more than a week and a half or so traveling by RV, but when my trip ends, it seems like it was so short. I think the next time I head out in my rented RV from Go RV Rentals (www.GoRVrentals.com); I am going to need to stay out for at least a month. We’ll see if I can make it happen.

Experience Miami’s State Parks from the Comfort of an RV

Adventures in Arizona in an RV Rental 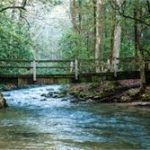 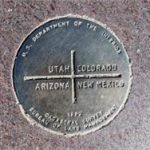 Go to Mesa Verde in a Rented Campervan

Exploring State Parks Near Los Angeles with My RV Rental 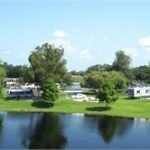