Are you looking for a place to go camping in your RV rental near Austin and listen to some good music? Austin is a city that is famous for being very un-Texas like. The youth culture there is thriving and with it comes to quirky businesses, a rowdy nightlife and most importantly, a prominent music scene. Actually, Austin may be most known for its music these days and people visit the city just to experience the scene and get to know new bands. One of the most popular events of the year, Austin City Limits is a music festival that people from all over the country travel to see. Camping is not allowed onsite but can be found close by so rent a camper, motorhome or RV of your choice and check it out. If you love music and are interested in what’s going on around Austin, here is what you need to know.

Austin City Limits showcased its first festival back in 2002 when the founding company C3 threw it together in a matter of several months. There were only 5 stages, featuring a total of 67 bands and the festival only lasted for 2 days. Less than 50,000 people attended the original event even though turnout was expected to be much more. As the years have gone by, the festival has grown in popularity, has become more dynamic and draws in huge crowds and even bigger musical artists.

What it is Today

Held in Zilker Park, this music festival now lasts for two consecutive 3 day weekends. There are eight different stages holding prominent musical acts from genres spanning from folk, electronic and hip hop to indie, country and rock. The famous musical performers tend to draw in large crowds of about 100,000 each year. While the music is the main event, the festival has spread out to include other interesting aspects including the Austin Eats food court, a Mecca for foodies looking to taste all of Austin’s flavors. There are organizations set up to help attendees join volunteer initiatives and also an art market that gives artists the chance to present their works as well as festival goers the opportunity to buy some hand crafted and interesting souvenirs.

This year’s festival is fast approaching and there is quite a lot for attendees to look forward to. Some highlights of the musical lineup include bands like:

The food lineup is also something to get excited about as vegan options, craft beers and tacos will be on debut. The art market will be in full swing and there will be plenty of activities and areas for parents with children.

If you’re planning on attending this year’s event, there are a few tidbits you will want to know. The dates for the festival October 7 – 9 and 14 – 16. A general admission ticket will cost you $255 and a one day ticket will run you only $100. Also, as mentioned above there is no camping allowed onsite, but you can rent an RV and then camp close by. For camping options in the Austin area check out this article and look for Places to Park an RV Rental in Austin. 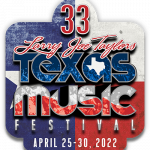 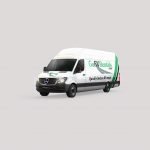 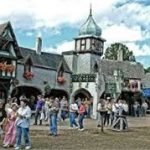